CF in Egypt: does it exist there? Doctors there said “no” until a University of Michigan doctor proved them wrong. 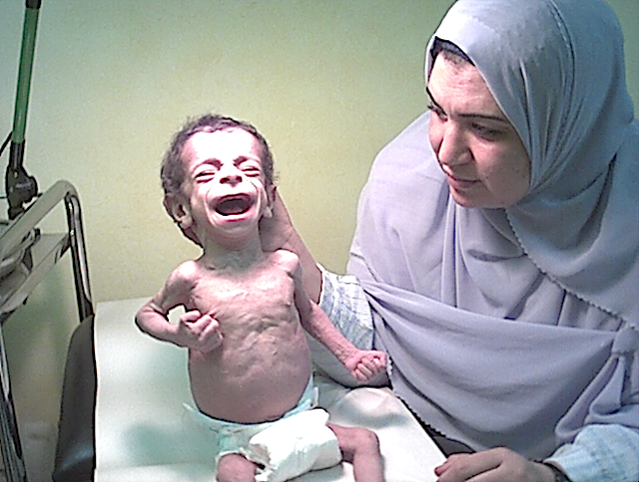 I remember when Molly was diagnosed with cystic fibrosis. Joe and I had visions of at least 4 kids, but the family dream was shattered by cystic fibrosis, with new dreams emerging. We didn’t know how lucky we were then to have our daughter born in the United States with CF. Even a week ago I didn’t realize how fortunate we are to be raising daughters with CF in the U.S. When I interviewed Drs. Samya Nasr, Eman Fouda, Maggie Neguib and CF parent Anas Mansour for our Living with cystic fibrosis podcast – then I knew.

In 1997 Dr. Nasr, professor of pediatrics at the University of Michigan Medical Center and CF Clinic Director, returned to her native Egypt each year to try and convince doctors that cystic fibrosis existed there. It took years of discussion to persuade doctors in Egypt to test people with symptoms. After testing patients in 2007, by using a sweat test machine (this is how you test for CF) Dr. Nasr was able to diagnose patients in Egypt. Dr. Nasr, and doctors she was training at Cairo University initially diagnosed 12 CF patients. To date they were able to diagnose one thousand people with the disease. With so few CF patients diagnosed the Ministry of Health didn’t acknowledge CF as a disease in Egypt. For this reason, medications are not covered by health Insurance. Mediations that are accessible to CF family’s in Egypt are difficult to come by, and expensive.

35-year-old Anas Mansour can’t get digestive enzymes on a regular basis.  This is crucial to CF patients because they can’t digest food without supplemental enzymes. The thick, sticky mucus the disease creates in their bodies makes digestion close to impossible. Without enzymes nutrients slip right through the body, they’re not absorbed to nurture the blood, body and brain. People with CF can’t digest fat and protein without enzymes.  They feel like they’re starving and, in most cases, have severe stomach cramps. Mansours twin boys Omar and Abdulrahman get enzymes when they’re available

The baby in the photo is Youssef and he’s almost two years old, but he looks like a starving newborn. He weighed 6.6 pounds. Youssefs parents lost several kids to CF before he was born because they had no idea their children had CF. Imagine having no idea why your kids were dying, Youssef was diagnosed by Dr. Maggie Naguib (Professor of pediatrics at Cairo, University, Egypt) and Dr. Nasr. After his diagnosed and with the help of some enzymes he was 26 pounds by age three, still considered underweight in America, but he was doing so much better. His doctors say he was a fighter, but sadly died when he was 9 years old.

Since 2007, when the initial testing began Dr. Nasr and her team have diagnosed 1,000 Egyptians with cystic fibrosis. Dr. Nasr believes in the next 4 to 5 years they will diagnose some 10 thousand people with CF. The challenge now is to get medications covered. The Ministry of Health doesn’t recognize the disease, so medications are not covered. This creates another problem; CF patients are barely on basic medications. Most CF patients can take enzymes if they’re able to afford to buy them from another country. Most families have their kids doing hypertonic saline, but no albuterol, pulmozyme, Tobi inhaler and certainly not any of the CF modulators that are correcting the underlying condition of the disease. At $311,000 a year (with no insurance coverage), most families couldn’t afford it anyway. CF patients in Egypt have to do chest physical therapy with their hands to clear the lungs. They can’t afford or get vests that do the work. What makes all of this harder for patients and family’s now is the Internet. They can see all over social media people posting about how new medications are helping them live a better life, yet they can’t even get their hands-on old medications. Dr. Nasr says this can make life depressing for them. Parents like Anas Mansour are trying to figure out how to immigrate to another country so that his twin boys can get the care they need, and have drugs covered by insurance. The Middle East CF association and CF Foundation are helping make change in Egypt.

To hear their story, in their own words, listen to our Living with cystic fibrosis podcast, wherever you get your podcasts, or go to our website: https://thebonnellfoundation.org/audio-podcasts/

This series has four stories from Egypt. The Living with cystic fibrosis podcast is sponsored by Vertex Pharmaceutical, the science of possiblity.

The hospitals in Egypt welcome unopened medications that your CF child may no longer be able to take. They also need vests to keep at the hospital so patients can use them when they are there for a visit. If you want to make a donation to the Egypt project, just specify that with your donation to The Bonnell Foundation.