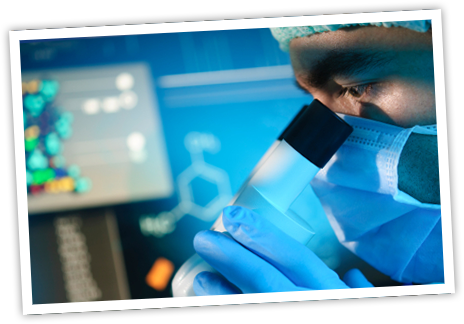 Cystic Fibrosis In The News

Learn about the latest CF medical advances, treatments and pharmaceuticals.

Warrior Wednesday amplifies the voice of the cystic fibrosis community worldwide! As the ever changing landscape of CF brings new hope and new challenges, they stand united to empower our CF Warriors and their families.

February 12, 2018 — Vertex announced that the U.S. FDA approved SYMDEKO (tezacaftor/ivacaftor and ivacaftor) for treating the underlying cause of cystic fibrosis (CF) in people ages 12 and older who have two copies of the F508del mutation in the CFTR gene or who have at least one mutation that is responsive to tezacaftor/ivacaftor. SYMDEKO is Vertex’s third medicine approved to treat the underlying cause of CF. Vertex is ready to launch SYMDEKO and will begin shipping it to pharmacies in the United States this week.

Vertex treats the underlying cause of cystic fibrosis in people ages 12 and older like Jessica Franklin of Maryland with certain mutations in the CFTR gene. Click the play buttons below to hear Laura Bonnell speak with Jessica about how this new medicine will affect her.

The U.S. Food and Drug Administration said Thursday it had approved the use of Vertex Pharmaceuticals’ Orkambi, a drug aimed to treat patients with cystic fibrosis, on patients who are at least 12 years old.

The company’s shares were temporarily halted, up 3.73 percent at $130.90, during late-morning trading for pending news ahead of the announcement at 11:47 a.m. ET. Trading started again around 3 p.m. ET, and Vertex closed the day slightly higher than its halt price.

“…The approval of ORKAMBI represents a fundamental change in the treatment of the most common form of CF, marking significant progress for us and for the entire CF community,” Dr. Jeffrey Leiden, Vertex’s chairman, president and CEO, said in a statement.

With the approval, Orkambi will be available to about 8,500 patients in the United States, according to Reuters.

Cystic fibrosis is caused by a defective gene that disrupts the function of the lungs and digestive system, producing a build-up of thick, sticky mucus leading to inflammation and recurrent bacterial infections..

Some health concerns if your child is taking Kalydeco. Read more. Click here: http://www.fda.gov/Drugs/DrugSafety/ucm316693.htm Please check back or email us with any questions. info@roadmaptocf.org

Hepatitis C investigation at The University of Michigan

The Michigan Department of Community Health has been investigating the employment history of a Hepatitis C-positive health care worker who was recently arrested in New Hampshire for allegedly obtaining injectable narcotics at hospitals there, and infecting patients with the Hepatitis C virus through used syringes. To read more please click below:

Check out all the stories about fabulous people staying healthy with cystic fibrosis.

Affordable Care Act supports families who have children with CF

“These centers provide the information that families need to make health care decisions that are right for their children,” Secretary Sebelius said. “Family-to-Family Health Information Centers are a good investment, and have a measurable and positive impact on families, and communities.”

Parents who have kids with the deltaF508 strain of cystic fibrosis will soon be able to breathe a little easier.

Results from the clinical trials by Vertex Pharmaceutical’s have stocks climbing. The drug company climbed 55 percent to $58.12 at the close of the New York trading on May 7th, 2012.

Kalydeco: A Homerun For CF

The FDA has approved KalydecoTM (ivacaftor), the first medicine to treat the underlying cause of cystic fibrosis (CF), a rare, genetic disease. Kalydeco is approved for people with CF ages 6 and older who have at least one copy of the G551D mutation in the cystic fibrosis transmembrane conductance regulator (CFTR) gene. Approximatel 1,200 people in the United States, or 4% of those with CF, are believed to have this mutation.

Kalydeco was granted approval in approximately 3 months, making it one of the fastest FDA approvals ever and marking the second approval of a new medicine from Vertex in less than a year.